October 16 is coming up and our excitement is mounting so high it can feel overwhelming at times. Here’s a simple breakdown of the day’s events and major players.

Theory, A Sunday: A collaborative feminist poetics text collectively authored by Louky Bersianik, Nicole Brossard, France Théoret, Gail Scott, Louise Cotnoir, Louise Dupré, Lisa Robertson, and Rachel Levitsky. The volume was written through Sunday meetings in Montreal and originally published in 1988. Our event at Writers Read is in part to celebrate the book’s English language translation published by Belladonna* in 2013.

Belladonna: a feminist avant-garde collective, founded in 1999 by Rachel Levitsky. Their mission is to promote the work of women writers who are adventurous, experimental, politically involved, multi-form, multicultural, multi-gendered, impossible to define, delicious to talk about, unpredictable and dangerous with language.

Nicole Brossard has published more than thirty books since 1965. In 2010, she was made an Officer of the Order of Canada and in 2013 Chevalière de l’Ordre national du Québec. 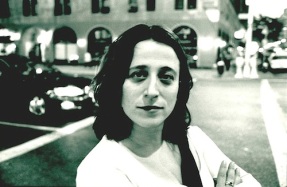 Rachel Levitsky is a member of the Belladonna* Collaborative. The Story of My Accident is Ours is her most recent publication. She lives in Brooklyn and teaches at Pratt Institute. 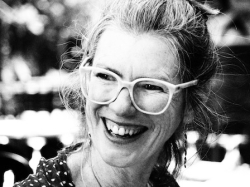 Lisa Robertson’s book Lisa Robertson’s Magenta Soul Whip was named one of The New York Times 100 Notable Books of 2010. She lives in France, and works as a tutor at Piet Zwart Institute in Rotterdam. She recently published Cinema of the Present.

Gail Scott is the author of several ground-breaking novels, including My Paris, published in 1999 and The Obituary, published in 2010, which was a finalist for the Grand Prix du livre de Montréal. She teaches Creative Writing at Université de Montréal.

One thought on “Theory, A Summary”