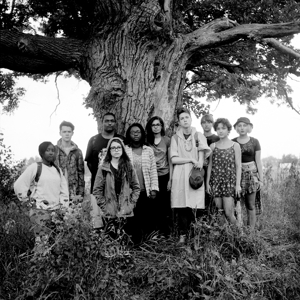 Writers Read is kicking off the 2015-16 season with the multi-talented Jordan Tannahill. He is a Canadian playwright, filmmaker, and theatre director described by the The Globe and Mail as “the poster child of a new generation of (theatre? film? dance?) artists for whom “interdisciplinary” is not a buzzword, but a way of life.” Jordan runs a storefront arts space called Videofag in Toronto’s Kensington Market with William Christopher Ellis. He is the author of Theatre of the Unimpressed, Coach House 2014, and Age of Minority: Three Solo Plays, which won the 2014 Governor General’s Award for drama. Join the event!

Concord Floral is a million square foot abandoned greenhouse and a hangout for neighbourhood kids. But something has happened there. Something that nobody can talk about. And when two friends stumble upon the terrible secret buried there, they set off a chain of events that can’t be stopped. Concord Floral re-imagines Giovanni Boccaccio’s medieval allegory The Decameron in a contemporary Toronto suburb, in which ten teens must flee a mysterious plague they have brought upon themselves.