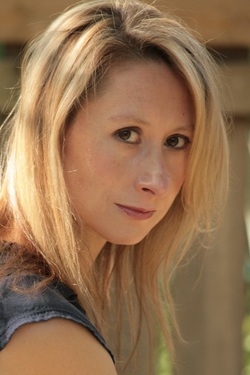 The Devil You Know: Writers Read in Conversation with Elisabeth de Mariaffi

Writers Read: Elisabeth, The Devil You Know introduces us to a character that I can imagine reoccurring in other narratives. Are you tempted to write a series of literary thrillers?

Elisabeth de Mariaffi: I certainly didn’t set out to start a series with The Devil You Know. To be honest, I didn’t even really know I was writing a thriller for the first while, but once it began to develop that way, it got really exciting. I love Evie, and I really enjoy writing her and now that I’m face and eyes into a new, entirely different novel, I find that I am beginning to miss her. So the short answer is: Not right now. But maybe in the future? I have my current project and I think I know what the next book after that will be as well — and I really want to write those — but just in the last couple of weeks I’ve started thinking that after that, it might be fun to write another Evie book. (I recently did a panel with Danish crime queen Sara Blaedel, and that also lit a fire for me. Her job looks awesome.) The other option, or addition, to this is the idea of Evie crossing media. The Devil You Know was optioned back in the spring and is currently in development for television. We have a really fabulous show runner signed on — Karen Walton, who you may know as a lead writer on Orphan Black, and the creator behind the cult horror movie, Ginger Snaps — but in the lucky instance where we find a network for the show, I’ll get to be involved in writing Evie for TV. TV-Evie. Sounds fun.

WR: I loved the urgency of The Devil You Know. The pacing, the energy. Was that something you consciously constructed, or is that–by some lucky miracle–simply how you approach prose?

Elisabeth de Mariaffi: The Devil You Know started, for me, with an image: There’s a young woman standing in her bachelor apartment. It’s night time, and she’s got her all the lights on; outside it’s just black. As she’s standing there, kind of looking at her black windows, something happens. A cat and a raccoon get into it on a back fence someplace and one of her neighbours motion sensor lights kicks on — the window lights up — and she’s there’s a man standing on her fire escape, just outside, looking in at her. Then the motion sensor goes off. The young woman is paralyzed. Is there a stalker outside her window? Is he going to come in? Or is he a product of her imagination, her anxiety?

Once I figured out that Evie was going to be a news reporter, the story really started to pick up speed. It gave her some real agency, and she was also young and new at it and committed to overcoming whatever life had thrown at her, in terms of her own fear. So, I guess what I’m saying is: It’s both. I naturally lean to writing tension into my pacing, but also, for me, The Devil You Know is  a book about fear. And I think that in order to understand this kind of fear, you have to be made to feel afraid.

Elisabeth de Mariaffi is the Giller Prize-nominated author of one book of short stories, How To Get Along With Women (Invisible Publishing, 2012) and the new novel, The Devil You Know (HarperCollins, Canada; Simon & Schuster, USA 2015). Her poetry and short fiction have been widely published in magazines across Canada.

She will be headlining Writers Read Concordia’s #NOFILTER event with George Murray at Concordia University on November 17th, at 7pm in the John Molson Building’s Floating Box, room 2.130 (1450 Rue Guy).