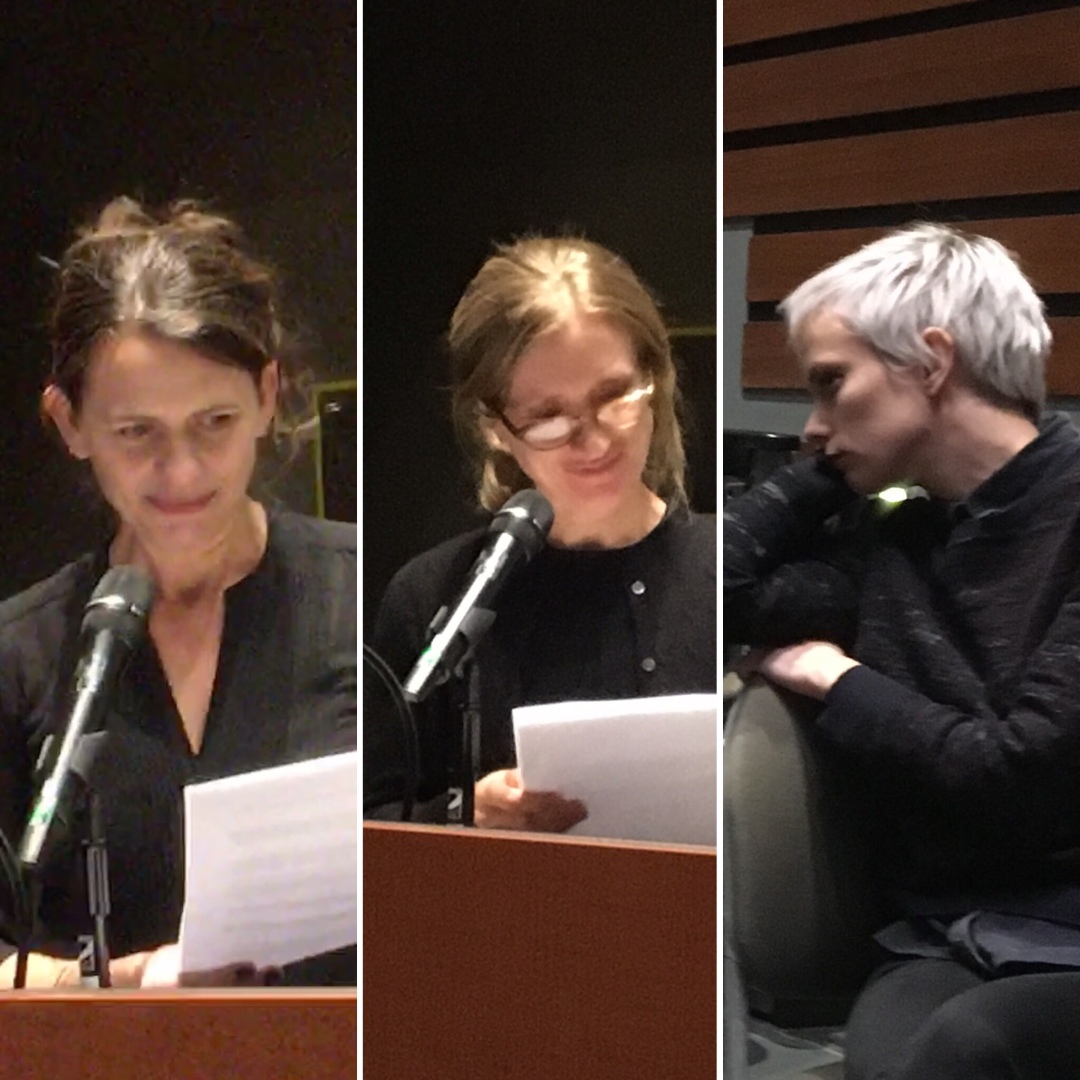 ~DOORS~ will be open just before 4pm, and we will start shortly after everyone is inside and seated.

Kate Colby is author of seven books of poetry, most recently The Arrangements (Four Way Books, 2018). Dream of the Trenches, a book of critical poem-essays, will be out with Noemi Press in 2019. Fruitlands won the Norma Farber First Book Award from the Poetry Society of America in 2007. She has also received awards and fellowships from the Rhode Island State Council for the Arts, the Dodd Research Center at UConn and Harvard’s Woodberry Poetry Room, where she is the 2017-2018 Creative Fellow. Her work has been featured at the Beauport Sleeper-McCann, deCordova, Isabella Stewart Gardner and RISD museums, and her poems and essays have recently appeared in A Public Space, The Awl, Bennington Review, Boston Review, Columbia Poetry Review, PEN America, Verse and the DIA Readings in Contemporary Poetry Anthology. She was a founding board member of the Gloucester Writers Center in Massachusetts, where she now serves on the advisory board. Colby was born in Boston, grew up in Massachusetts and currently lives in Providence, where she works as a copywriter and editor.

Paige Cooper’s stories have appeared in The Fiddlehead, West Branch, Michigan Quarterly Review, Gulf Coast Online, Canadian Notes & Queries, The New Quarterly, and Minola Review, and have been anthologized in The Journey Prize Stories and Best Canadian Stories. Her debut short story collection, Zolitude, was longlisted for the 2018 Scotiabank Giller Prize, and was a finalist for the 2018 Governor General’s Literary Award for Fiction. She lives in Montreal.

Anna Moschovakis is the author most recently of the novel Eleanor, or, The Rejection of the Progress of Love (Coffee House Press, 2018). Her books of poetry include the James Laughlin award-winning You and Three Others Are Approaching a Lake and They and We Will Get Into Trouble for This. Her translations from French include Albert Cossery’s The Jokers, Annie Ernaux’s The Possession, and Bresson on Bresson, and experimental translations of and with the Algerian poet Samira Negrouche. A recipient of grants and fellowships from New York Foundation for the Arts, The Poetry Fund, the Howard Foundation, and apexart, she has taught in the graduate writing programs at Bard, Pratt, and Columbia. She is a longtime member of the publishing collective Ugly Duckling Presse and a co-founder of Bushel, an art and community space in Delhi, NY.

Our events are free and open to the public.